Because the Belgian Air Component's two Airbus A310-222 transport aircraft suffer from frequent engine and component break-downs, the Belgian Ministry of Defence has opted to lease a single commercial Airbus A330-300 from the Portuguese airline HiFly trough French airline broker Avico on basis of a 2.000 flying hours annually use and at a fixed price of 12 million Euros per year. The 278 seat Airbus A330-300 CS-TMT (c/n 096) will be able to satisfy the Defence's need for a long range transport capacity and will allow a full contingent of troops to be transported in one flight to for example Afghanistan, while up to now several flights were needed for a similar deployment. 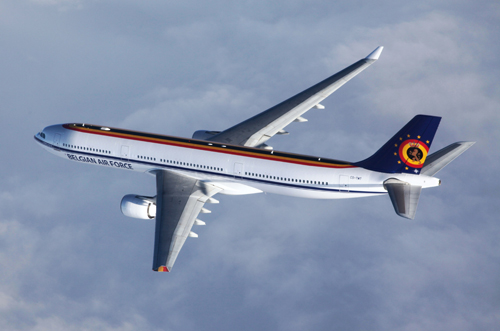